One Industry’s Secret to Success: How Automakers Maintain Customer Loyalty in 2020 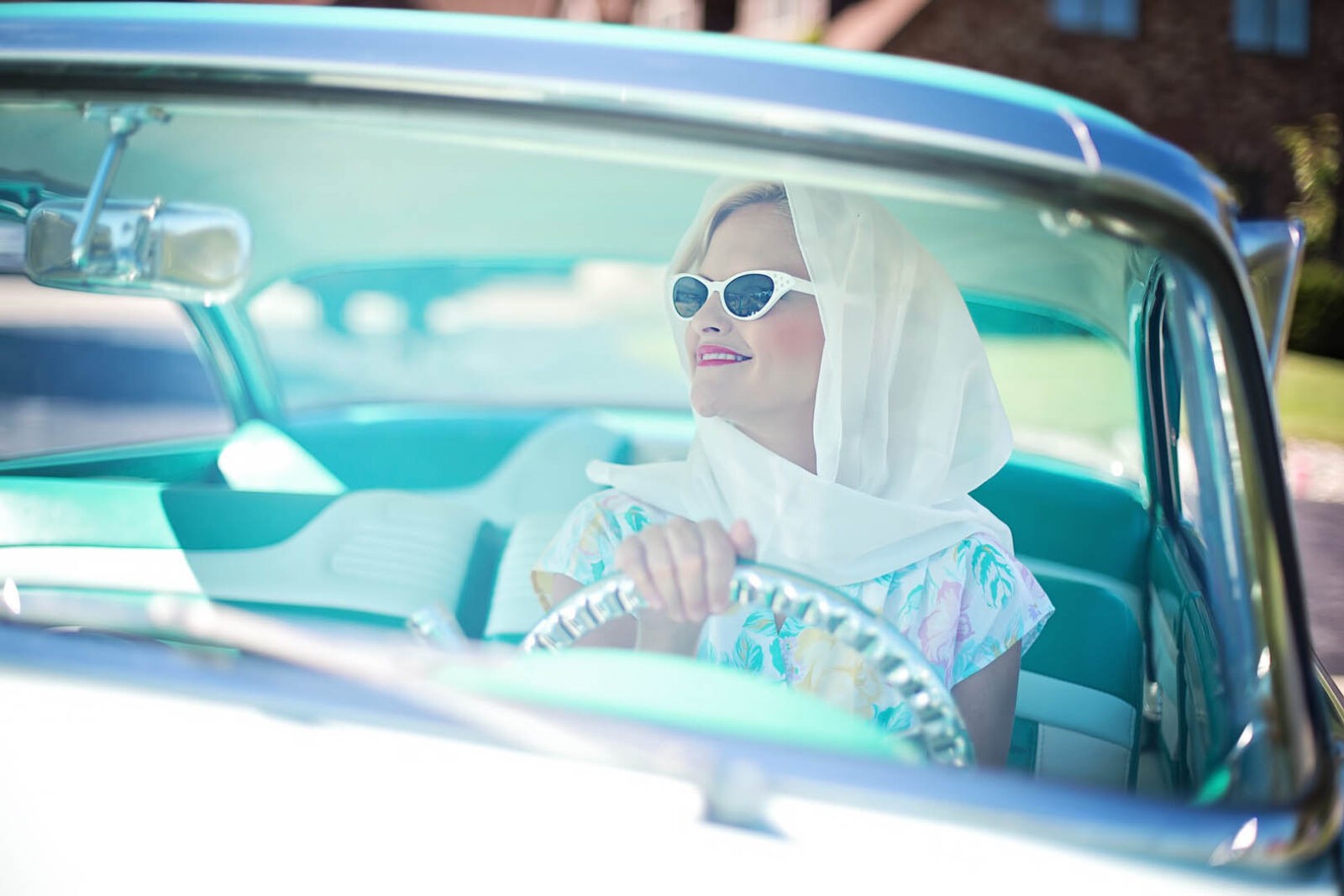 Every business wishes people spoke about their product the way car owners talk about their cars. Whether they’re gathering the neighborhood in their driveway to talk about their new car, or swearing by the car they’ve had for years to anyone who will listen, product-enthusiasm for cars is higher than just about everything else out there, and brand loyalty is even on the rise. Generally speaking, there are two main types of loyal customers: satisfied customers, and committed customers. Satisfied customers are the bread and butter of businesses. They’re likely to buy from you again, they leave great reviews, they may even take the time to make recommendations to their friends and family. But automakers have tapped into an entirely different, infinitely more invested, type of loyal customer. The committed customer will go out of their way to recommend your product, may even argue the merits of your product to anyone with plans to go for a competing product, and will all around buy into your product and the culture surrounding it. These are the type of customers who buy the same brand of phone, watch, shoes, car, again and again, and may even pass that commitment on through the generations and through social circles. Earning committed customers is no easy task, however, yet automakers have managed to exceed where other businesses have tried and failed.

What makes a consumer committed to their brand of phone? Why is someone either a Mac or a PC. Why do people say “I’m a Ford” or “I’m a Chevy.” It’s because we’re no longer talking about brand loyalty, we’re talking about brand identification. Committed customers take that brand on board as part of their personality. These are your defenders, your swear-by-ers, your volunteer ambassadors. These are the sort of consumers who get “Built Ford Tough” tattoos, who talk about their Jeep like it’s a lifestyle and not merely a way to get from A to B. These are your gold-standard committed customers.

It might have seemed a crazy thought just a decade ago that people would take the Apple logo stickers included with their new phones and stick them on their cars. But Apple managed to cultivate the Apple-enthusiast. Their own new brand of committed customers. What we’ve seen them do since the unveiling of their first phone in 2007 is convince countless people not only to purchase their expensive, high-end, products but to do so every single time they need (or want, or feel like they have to have) an upgrade and to incorporate ownership of the iPhone into their personalities. They’ve tapped into the committed customer. Sound familiar? These are the same results we see the auto industry achieving, which consists of brands that have managed to build and hang on to a committed and enthusiastic customer base for generations.

But how do you take a mobile phone and turn it into a personality trait? How did automakers turn a family that needs a way to get around into a Chevy family or a Volkswagen family? And, crucially, how can we turn our loyal customers into committed customers right now?

You may be wondering how any of this can apply broadly. It’s not as if people corral their family and neighbors to the end of their driveways to show off their new toaster, after all. But, then again, the purchase of a new mobile phone hasn’t been something to talk about either, not since more or less everyone had their own. That is until phones started tapping into brand identification. Likewise, you may not typically expect something like a beverage choice to come down to brand identification, but successful slogans like “Pepsi for Those Who Think Young,” and “Join the Pepsi People,” paint quite a different picture. 1971’s “I’d like to buy the world a Coke” is often considered one of the world’s most famous and revolutionary advertisements. These advertisements were much more than the jingles popular at the time. While the latter were focused, and successfully so to be fair, on simple brand recognition, the former were early attempts to tap into something quite different. This was, at least at this scale, something unprecedented. After all, who could have guessed that messages of global harmony or youthful identity could sell a soft drink? But it worked. It worked because it tapped into the personal identities and identity aspirations of the consumer audience, and not because the products themselves were revolutionary, or indeed remotely capable of imbuing the consumers thereof with those personalities and lifestyles. And yet the soft drink wars continue to this day, with proud fans on either side. Sprite households and Mountain Dew households. Gatorade sports teams and Powerade sports teams. The question “Is Pepsi okay?” can be met with but one of two polar opposite reactions.

Does the product have to be high-quality? Of course. The fact is, automakers simply wouldn’t be enjoying the loyalty that many of them are if their products weren’t top-notch and continually improving. But brand identification and the cultivation of committed customers aren’t fundamentally linked to any one product category. And you shouldn’t ignore its potential summarily. While it might seem obvious now that competing soft drink or mobile phone brands can inspire vicious rivalries and life-long committed customers, there were times when that very idea would have seemed ridiculous. More and more examples of brand identification are cropping up everywhere. Now it’s no longer just “Mac or PC,” for example, but it’s also Intel or AMD. People can be committed customers to a chain of gas station convenience stores like Wawa, or will swear off Dunkin Donuts for the sake of their diehard Krispy Kreme loyalty, or vice versa. But brand identification isn’t necessarily about the product, but the lifestyle, the personality, the club you get to join. And savvy marketers are already taking advantage of this at all scales.

Universities no longer merely market informatively. Instead, these institutions focus on selling you the lifestyle you’ll have for the next four or so years, and the lifestyle that some of their top graduates have attained, and allegiance to their sports teams and mascots and symbols. Their product might be a pretty straightforward litany of degree options, and there may be some compelling data to back up the statistical merits of an education at their institution, but that’s not all that they’re pitching. Likewise, Harley Davidson owners might indeed appreciate the physical quality of the motorcycles they ride, but what sold them on that brand, in particular, was all that other stuff, the belonging, the being a part of something bigger than themselves, and the lifestyle implicit in the ownership of a physical object. The brand. Not just the product.

How, then, have automakers managed this elusive feat? Well, unfortunately, brand identification and committed customers aren’t something that can be achieved in “five simple steps.” Instead, it more often takes on the appearance of a brand-wide, continually evolving, multi-pronged, approach to the communication of symbolic transference and interactionism tied to a given product or service. It seems often to boil down to approaching the consumer from multiple angles and to do so in a way that plays to a given brand’s given strengths.

You want, for example, kids to think your yogurt, or cereal, or colorful snacks tastes good if you want their parents to buy it for them, but what really sells sugary breakfast cereals and microwaved savories, even against the recommendations of nutritionists, is making the product also seem cool.

So let’s look back at those automakers. What are they doing? Well, you’ve likely seen those car commercials around the holiday season featuring the gift of a brand new car adorned with a big red bow. It’s probably something that happens, but the average consumer isn’t going to watch those commercials and suddenly solve the mystery of what to get their spouse this year. Instead those commercials paint a picture of a person so unworried about spending, that the gift of a brand new car isn’t over the top or at all ridiculous. These commercials are subtly suggesting that the typical owner of their brand of vehicle is so unconcerned with finances that a $40,000 gift is normal. And that is a club that the average consumer wants to be in. It’s the same reason why Apple is able to sell you phones and computers that are as powerful, if not decidedly less powerful, than competitor devices, but for a much higher price. It’s a club people are willing to pay top dollar to be in, especially, in this case, because the price for entry itself is a selling point for anyone who wants to demonstrate that they were able to afford it.

So how do you take X or Y product and turn it into something customers can be committed to? You sell them on the product, sure, but you also have to sell them on everything else. Subarus are high-quality vehicles, they hold their value really well, they get you where you’re going. But you buy a Subaru because you want the Subaru lifestyle. You buy a Subaru because you want to be part of the Subaru club. And the word “club” isn’t even necessarily being used figuratively here. It’s why you have phenomena like the “MINI wave,” and the “Jeep Wave.”

Sephora’s “Beauty Insider” program is, in effect, a straightforward point-based loyalty program allowing repeating customers to earn savings and discounts. But the name of the program itself evinces the notion that it is much more. Now insiders have access to special sweepstakes, events, product launches, meet & greets, etc. And while the average consumer is likely only to take advantage of the general savings and rewards of the program, especially considering that you would need to spend $1000 even to qualify for the highest reward tier, that doesn’t matter. They have already, in both name and effect, turned their loyalty program into something that sounds like it could get you on the exclusive side of a velvet rope.

With automakers, brand loyalty often spans generations. Most suburban neighborhoods have their Chevy families and their Volvo families and their Subaru Families. And why should the newly-consumer-aged apple fall far from the longtime-satisfied-customer tree anyway? A happy customer, as we all know, is an incredible advertisement all on their own. These newer brands and products have to play a lot of catch-up when it comes to brand loyalty, cultivating committed customers, and brand identification. But they’re still using the same tricks. Selling a lifestyle, selling a club, trading on the trust and familiarity they’ve built, and communicating a front of unified, consistent branding. So, once more, how do you take X or Y product and turn it into something customers can be committed to? You do it not just from the ground up, but from the walls in. You do what phone companies, beverage companies, CPU manufacturers, and Brick and Mortar stores have managed to do in the last few decades, and what Automakers have managed to do for decades more. You market the product and you market symbolically. 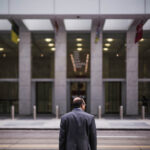 Employee Management During a Global Pandemic